Live streaming isn’t a new trend – it has been rising in popularity for the past few years across social media platforms such as Instagram and Facebook!

Of course, aside from social media, there are plenty of other live streaming platforms that are on the rise as well, such as Twitch, BIGO LIVE and the most recent Sugarbook Live.

If you’re one of the few that wants to join the bandwagon but aren’t used to talking in front of the camera to a large (or small) audience, you might have a fear of live streaming. 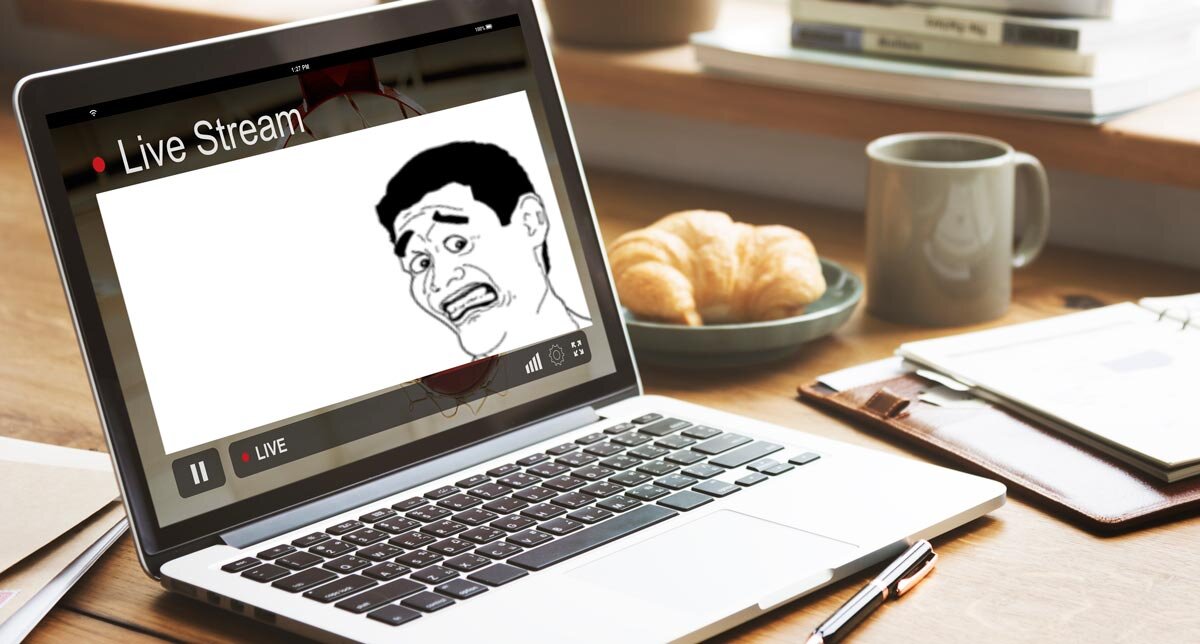 There are many reasons as to why one might fear live streaming, but we rounded up some of the 6 common live streaming fears most people face:

When you don’t feel worthy enough, you will feel as if you don’t deserve to put yourself out there with all your live streams.

2. You compare yourself with others

It’s impossible not to compare with those who have been hosting live streams for a decade. When you’re just starting out as a beginner, you feel like you can never reach their level, which makes you hesitant to start.

Anything could happen during live streams, including unexpected mishaps or accidents. When you’re a perfectionist, you tend to shy away from making live streams to avoid any mistakes from happening.

We all know how extroverts love to talk and aren’t afraid of public speaking, but that’s not the case for introverts!

And if you’re an introvert, you feel that live streaming isn’t something that you would be happy doing.

5. You’re afraid of embarrassing yourself

Live streams are, well, live, so you’re afraid of saying the wrong things or making a fool out of yourself in front of a live audience.

You make it all about you when in actual fact, what matters is your audience!

If you don’t feel that confident with your tech skills, you might shy away from making live streaming due to being overwhelmed with all the technical setup needed.

If all of the above sounds just like you, we’d like to share some helpful tips on overcoming your live streaming fears and nail your next live stream flawlessly:

1) Familiarise yourself with the live streaming essentials

Live streams aren’t possible without the hands and feet that hold it together a.k.a tech gear! You’ll need to know what are the items needed in order to host a live stream.

Once you get all the necessary tech gear out of the way, it’ll be much easier to plan out how your live stream will be.

2) Plan out your live stream

Nothing ever goes well without a proper plan! Prepare a checklist so you’ll know what is needed for the live stream. You wouldn’t want a last-minute scramble to grab a pencil in between!

If you plan on having a guest over, be sure to provide a rough outline to pass over to them as well. At the very least, they would know what to expect and be prepared ahead of time too.

3) Practice your script and the flow of your live stream

If you think you could wing it, that’s a recipe for disaster my friend! Once you’ve planned out how your live stream is gonna go, get your script ready so that you’re well prepared before starting the live stream.

Words ain’t gonna flow automatically unless you’re a professional at talking non-stop. Practice a  couple of times before actually going live, from the start to the end.

A few ways you could practice is by recording yourself, practicing in front of a mirror, or simply perform a private broadcast with an audience consisting of yourself and one or two close friends.

4) Care more about your audience instead of yourself

How many times have you thought to yourself, ‘Does my hair look okay? Am I saying this right?’

More often than not, your audience probably wouldn’t care about these little things that’s bothering you. What they really do care about is how you’ll help them with your content.

A single live stream video could change the lives of others. So, care less about what others think of you and think about the people you’ll positively impact instead!

5) Check all of your equipment before going live

When you’re already having anxiety thanks to your immense fear, imagine when something happens to your camera all of the sudden!

At the very least, make sure all of your equipment is working well so that it’ll ease your fear a little bit in case something were to go wrong.

Before diving into live streaming, you have to have the expectation that you’ll probably make mistakes here and there. There’s no such thing as a perfect live stream.

Instead of dwelling over what could go wrong, learn to embrace it instead! Laugh it off with your audience, it might just build a better relationship with them too.

Besides, your audience would prefer you to be natural – that’s the only way to feel a connection with you!

It takes time to build up your confidence and face your live streaming fears. So take it one day at a time, and soon you’ll get there! And if you’re feeling confident enough to start our live streaming journey, Sugarbook LIVE should be one of the first places for you to begin! Plus, you’ll also earn some cha-ching while live streaming too!